History is not just around you in Washington, you're most likely standing or driving on it as well. Take the bridge connecting Pennsylvania Avenue to Georgetown for example. This bridge doesn’t just carry traffic; it’s been carrying the very water Washingtonians drink and shower with since the Civil War.

Until the 1850’s, Pennsylvania avenue ended at Rock Creek, the only bridge into Georgetown being the M Street bridge. More importantly however, Georgetown and Washington had no clean or dependable water supply, relying instead on a mishmash of natural springs throughout the area that were often disease-ridden. After a fire in the Library of Congress destroyed over 30,000 books, funding was approved by Congress to build an effective water delivery system for the growing Capital. The project was overseen by Montgomery Meigs, who devised a massive, ambitious aqueduct system spanning from Great Falls to the Washington Navy Yard. Using open conduits, tunnels and bridges to transport the water via gravity through three separate reservoirs, the aqueduct was one of the first major water projects in the United States and was celebrated as an engineering marvel upon its completion after eight years of construction. The Pennsylvania avenue bridge is just one part of that elaborate water system, and was celebrated in its own right, with the aqueduct pipes simultaneously serving as the main support for the bridge itself. The superstructure of the old bridge was replaced with a stone facade as part of an expansion plan in 1916. However, the original pipes remain after 150 years; hidden behind the stone and underneath our tires. 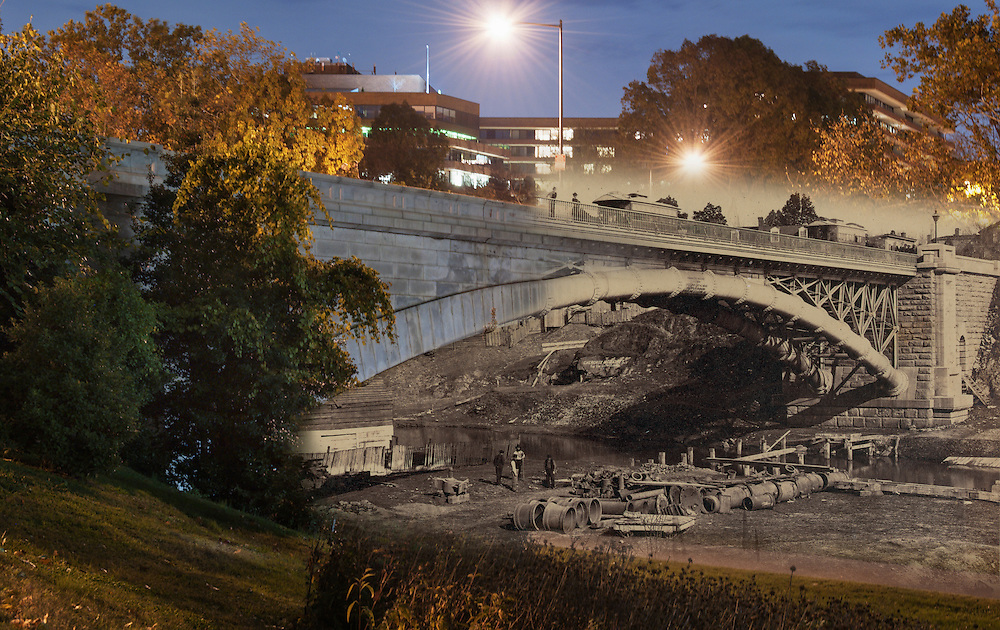