A great blue heron stands on the edge of the C&O Canal at dusk. As seen from along the towpath at Great Falls in Potomac, MD. 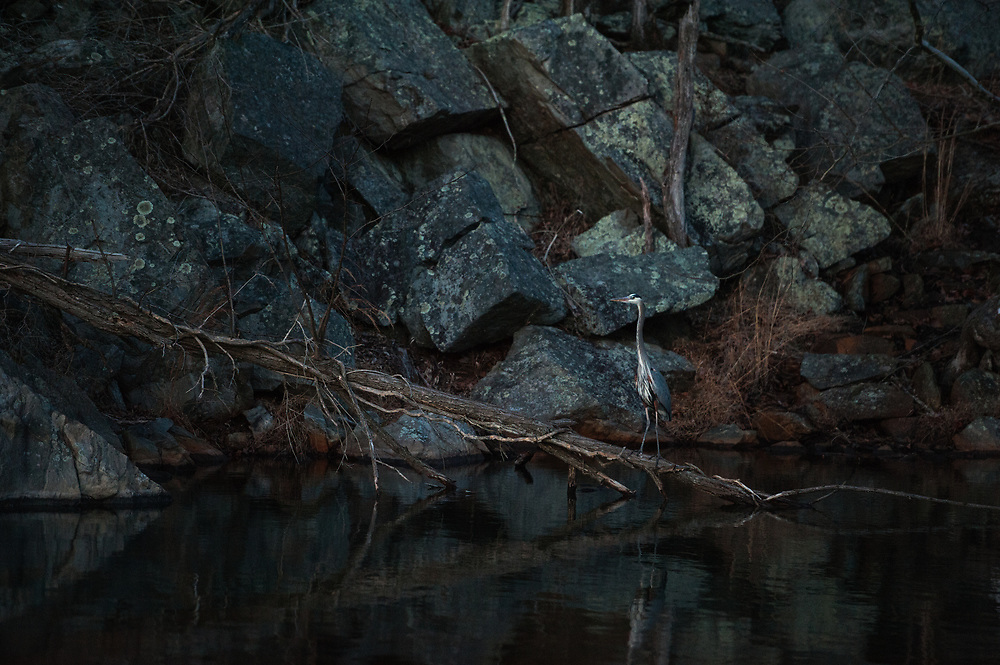