Margot Jogwick announces the names of those who were murdered in the Holocaust during the 24th Annual “Unto Every Person There Is a Name” Holocaust Memorial Program at the Charleston Town Center Mall. in Charleston, W.V., on Thursday, April 12, 2018. Jogwick was born in 1934, and lived in the Jewish Quarter of Berlin despite not being jewish herself. She was a witness to kristallnacht and lived in Berlin for the entire duration of the war; seeking shelter in bunkers with her family during the Battle of Berlin in April 1945, which ended with Hitler's suicide and the surrender of Nazi Germany. "It looked like Syria. Everything was rubble" she said. She lived in the Soviet sector of Berlin until 1958 when she emigrated to the United States. 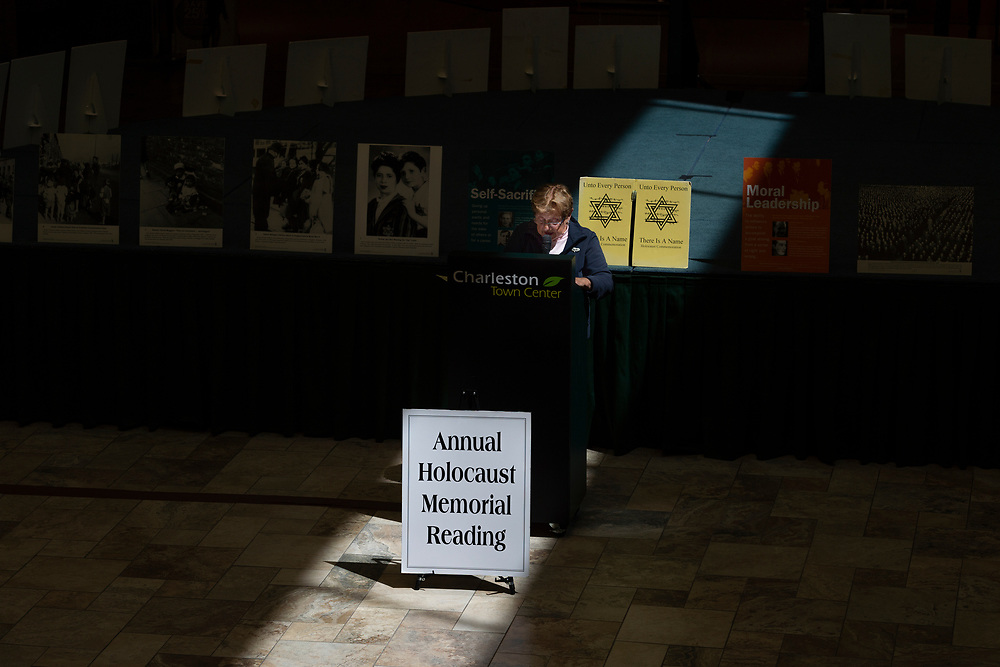