Located in the Marina District adjacent to Crissy Field, the Palace of Fine Arts is the only remnant of the magnificent World’s Fair of 1915; The Panama-Pacific International Exposition. The World’s Fair was a crowning achievement for the city of San Francisco, whose citizens had succeeded in almost completely rebuilding their city not even 10 years after the great earthquake of 1906 that turned over 75 percent of the city to rubble and ash.

Built of cheap, temporary materials for the sole purpose of the World’s Fair, the palace was spared demolition after the fair and was in partial ruin by the 1960’s. Conservation efforts succeeded in raising the necessary funds to partially demolish and rebuild the landmark to make it a permanent feature of the city skyline and culture. 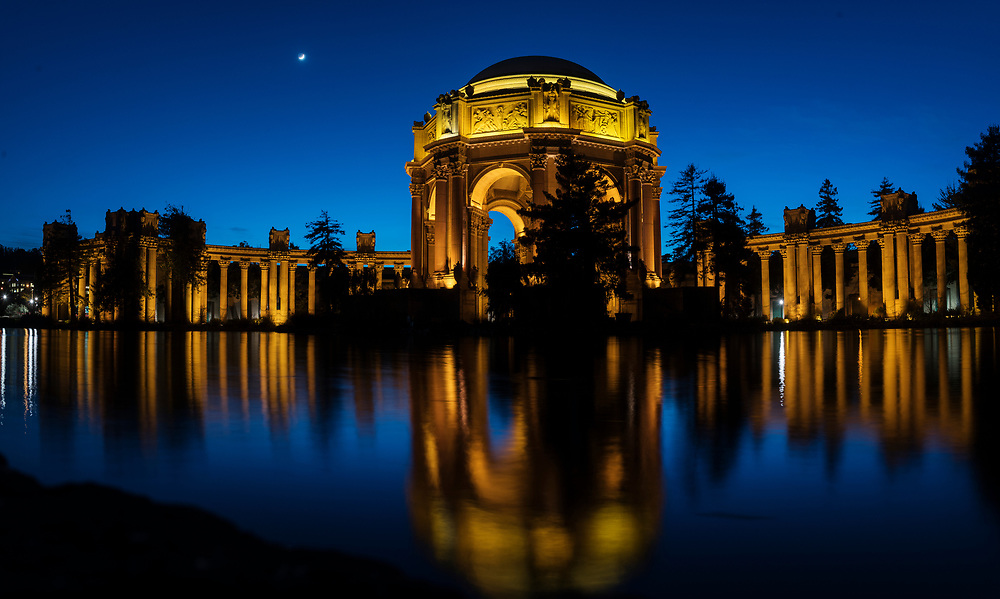