Cabell County schoolteachers Ginny Noble, right, and Kayla Massie demonstrate outside of Hurricane High School in Putnam County, W.Va, during the first day of a statewide strike by teachers and school personnel on Tuesday, February 19, 2019. While the other 54 state counties have decided to close schools, Putnam county has decided to keep its schools open. The strike was announced the night before by union leaders of the WVEA, AFT-WV and WVSSPA shortly before the state Senate amended and passed an amended version of Senate Bill 451 passed by the House of Delegates; reinstating provisions on allowing charter schools and downplaying the role of seniority among other measures that unions oppose. When asked how long the strike will last, the union leaders said the decision will be made "day by day." 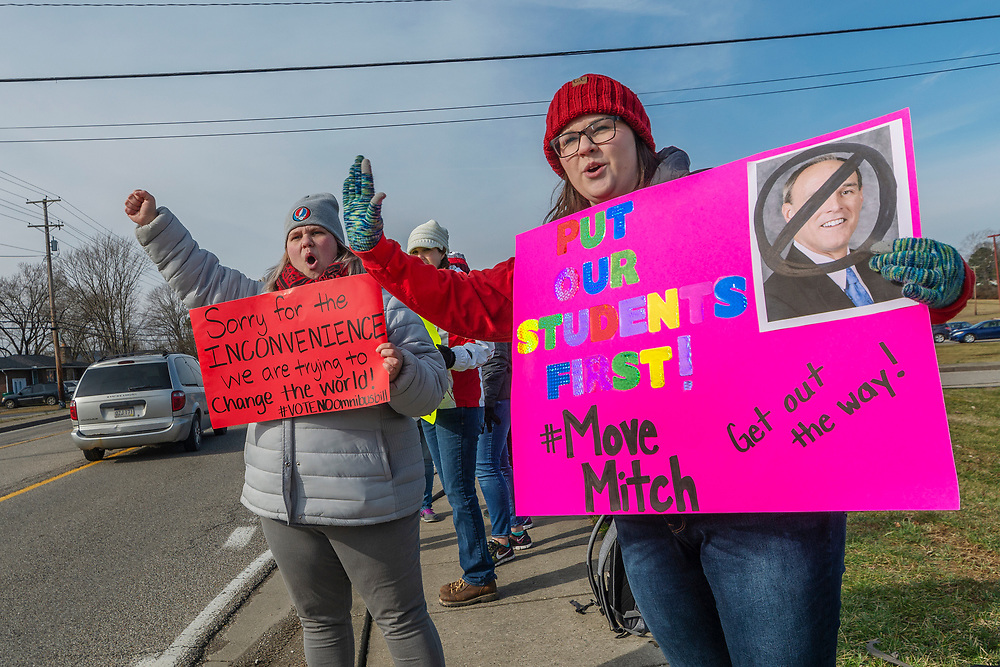