Night over the confluence of the Potomac and Shenandoah Rivers. Harpers Ferry, West Virginia.

The stone piers on the left are what remains of the original B&O Railroad bridge which was burned in 1861 by Confederates before marching South to converge with other rebel units to defend an important railroad junction from Union capture. The battle of Bull Run (as it was called by the Union, Manassas by the Confederacy; Union battles were typically named after rivers and tributaries, whereas Confederates named them after nearby towns and railroads) would be the first major battle of the Civil War. 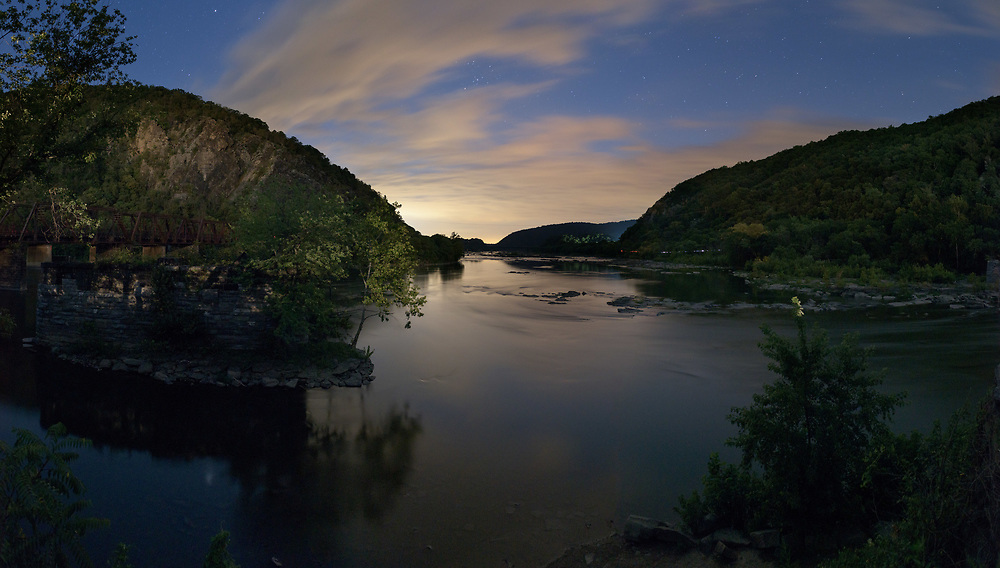