View across Chain Bridge over the Potomac River.

Among the thousands of commuters who pass daily over D.C.’s Chain Bridge, some may wonder; just where are the chains?

The chains haven’t been around since the actual chain-suspension bridge from which the name originated was overcome by storms and flooding in 1840, yet the name has stuck to every new bridge built to replace it since. But that is just one piece of Chain Bridge’s rich history. The span over which Chain Bridge is built is one of the oldest crossing routes in the vicinity of the capital. In fact, the wood covered bridge that was built here in 1797 was the very first bridge to span the Potomac River. This cycle of bridges being created and destroyed by the elements continued up to the Civil War, when the sixth chain bridge (a crossbeam truss design with no chains) played a vital role in the supply and movement of Union army encampments throughout fairfax county. Because of its close proximity to the capital, the bridge was heavily guarded by sentries and artillery throughout the war. While today’s (eighth and final, so far) chain bridge was built in 1939, it stands on the stone piers of the seventh chain bridge built shortly after the civil war in the early 1870’s. 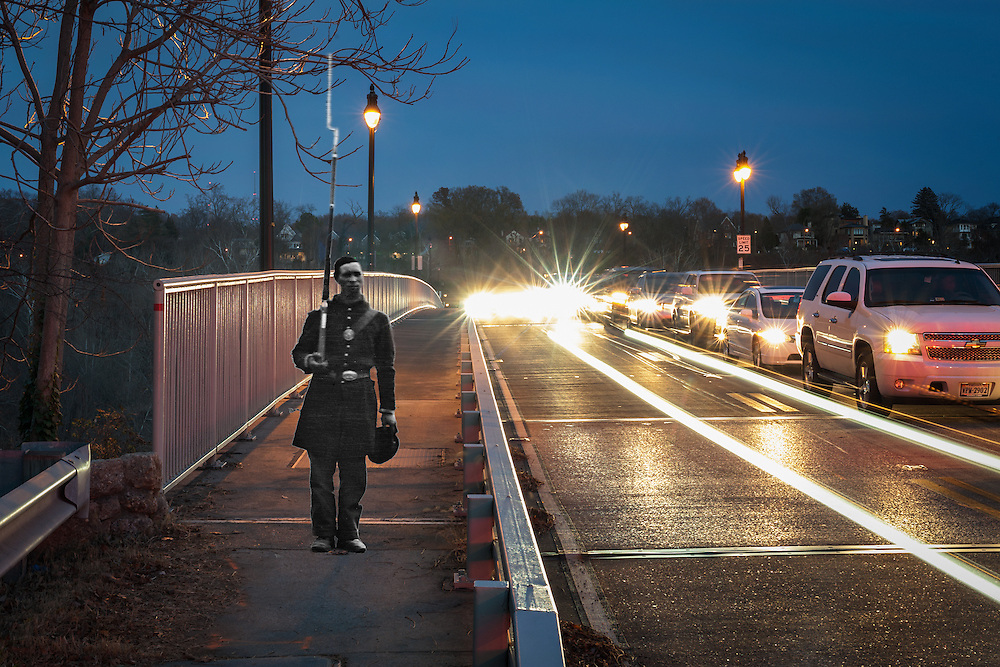